Taking advantage of a nice November day, we headed out to the Tennis Preserve on Deer Isle, a reserve managed by the Island Heritage Trust and the Maine Bureau of Parks and Lands. It was a little nippy with a brisk wind, so we wanted something more forest than beach. The trails were more primitive that I had assumed, and so many, many rocks and roots, some hidden beneath fallen leaves, making this hike moderate rather than easy. But we did get a little warning: the parking spots were even rougher than the trails. 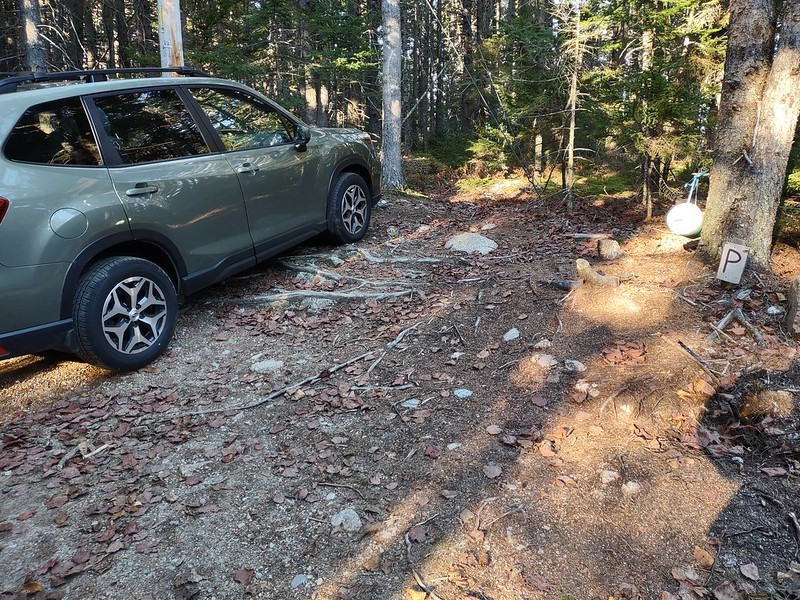 An olive green Subaru is pulled up over rocks and tree roots. The area is identified as a parking lot by the small sign on the right that says P.

The preserve is second-growth coastal woods, with lots of spruce and thick moss coverings on the ground, dotted here and there with large glacially-deposited granite boulders. The woods are tangled with fallen trees, some with huge fans of roots that tore up when the trees toppled, carrying the large stones they had wrapped around. I imagine much of the maintenance work goes into clearing fallen trees from the trail. 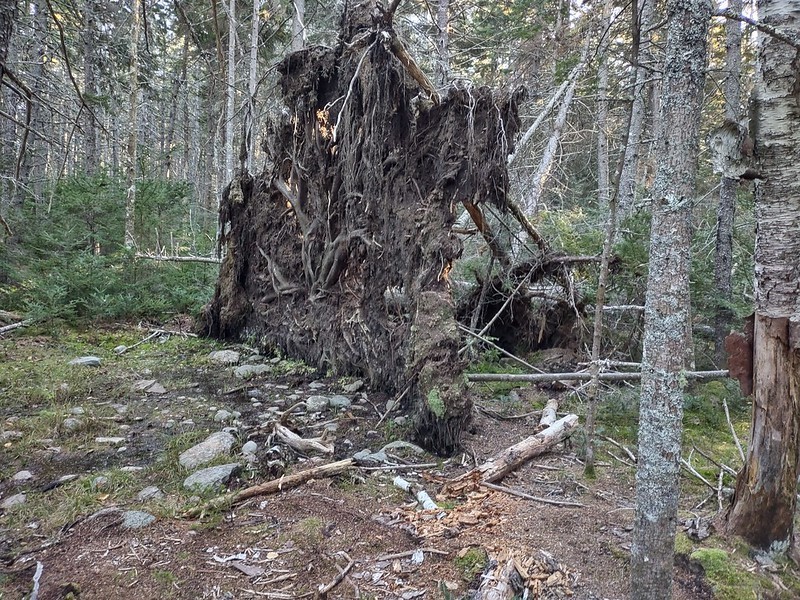 A large toppled tree with a huge circle of roots sticking up into the air. Grasses and mosses have started to grow where the tree used to stand. 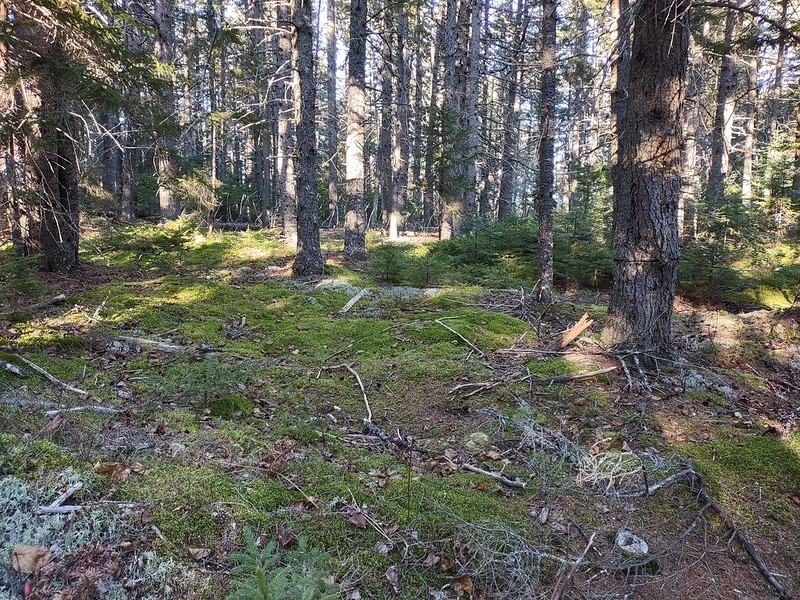 A grove of spruce trees separated by soft mounds of mosses and lichens, lit by dappled sunlight.

We chose the Pickering Cove-side long loop. The trail starts off on what used to be a road to the farmhouse, but splits off into winding paths at the old foundation. The house must have been so tiny. It's hard to imagine spending long Maine winters there in such a remote location. 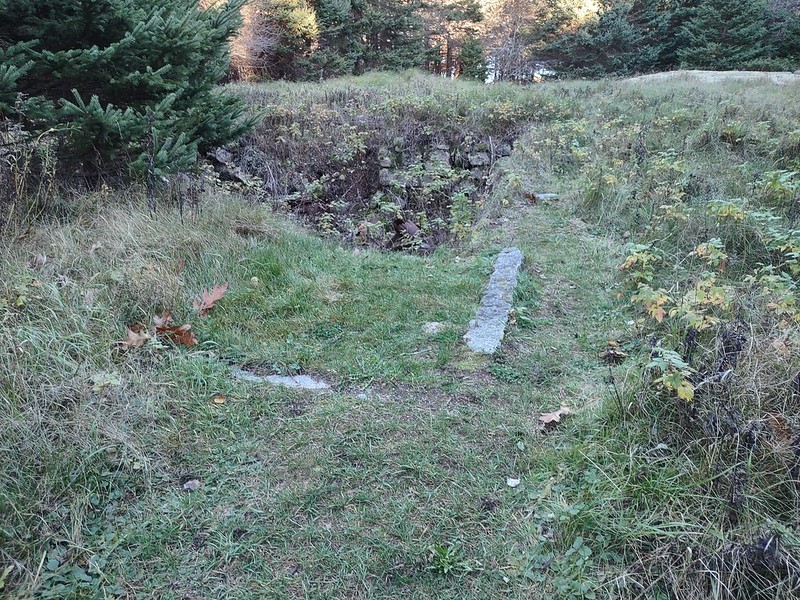 Grasses and small trees encroach on slumping hole in the ground, lined with rocks and some pieces of dressed granite.

A spur of the trail leads to the Toothaker Family Cemetery, not on Preserve land, but respectful visitors are welcome.  There's a nice sign about the history of the early European settlers of Deer Isle and the family buried here. 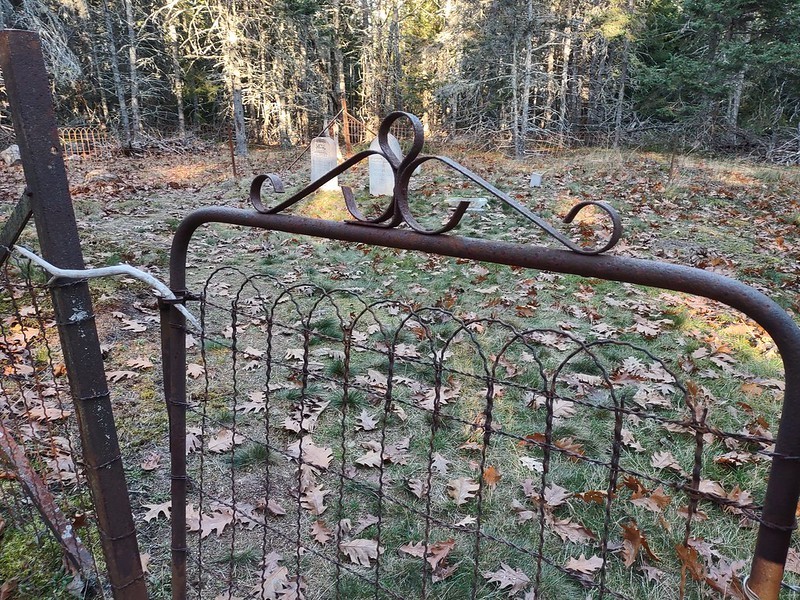 Looking through a wire fence gate with scrollwork decorations on top to an oak leaf strewn cemetery.

A bit further on, you find yourself at the edge of the ocean. There's a big drop-off down to a boulder-strewn shore. It looked like treacherous going, and there was a fierce, cold wind, so we stayed on the uphill trail and made no attempt to clamber down. It was still a pretty steep drop towards the ocean and the trail is narrow and slanty, so of course I had a bit of a battle with vertigo/paralyzing fear of falling. It would have been easy with my emotional support walking stick. 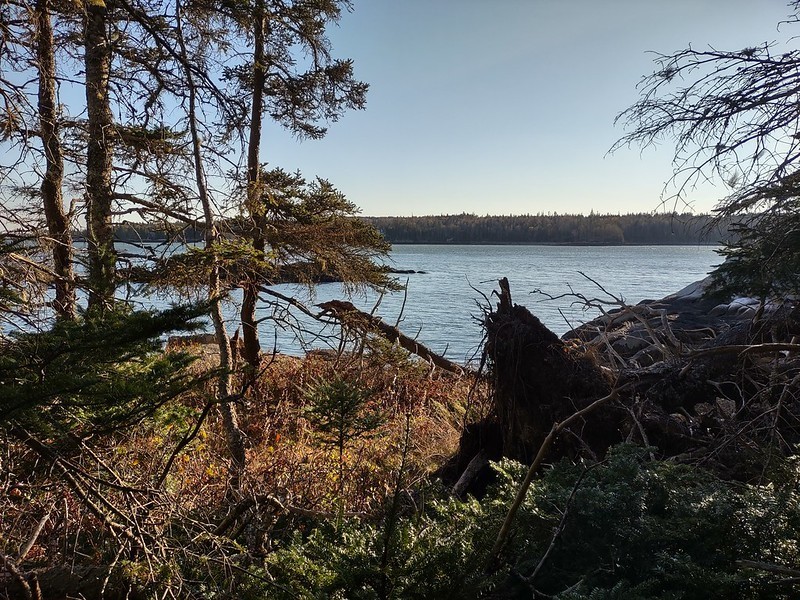 A view through fallen branches and reddish fall grasses to a stretch of ocean with a tree-covered island on the other side.

We stopped at few openings to Pickering Cove and Jericho Bay to take in the gorgeous view, but not for very long: that strong, cold wind encouraged us to keep going. 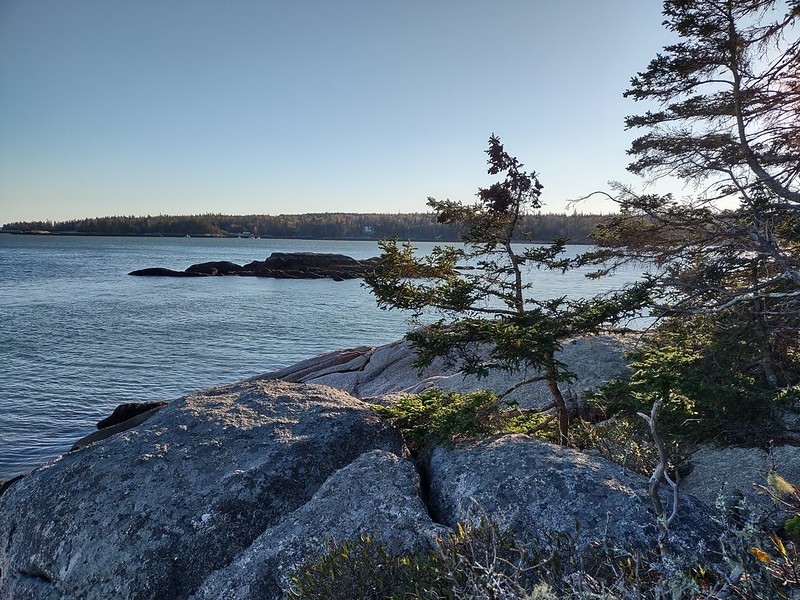 A rocky ledge pokes out of the water. The near side is massive hunks of lichen-covered boulders. The far side is a long tree covered island. 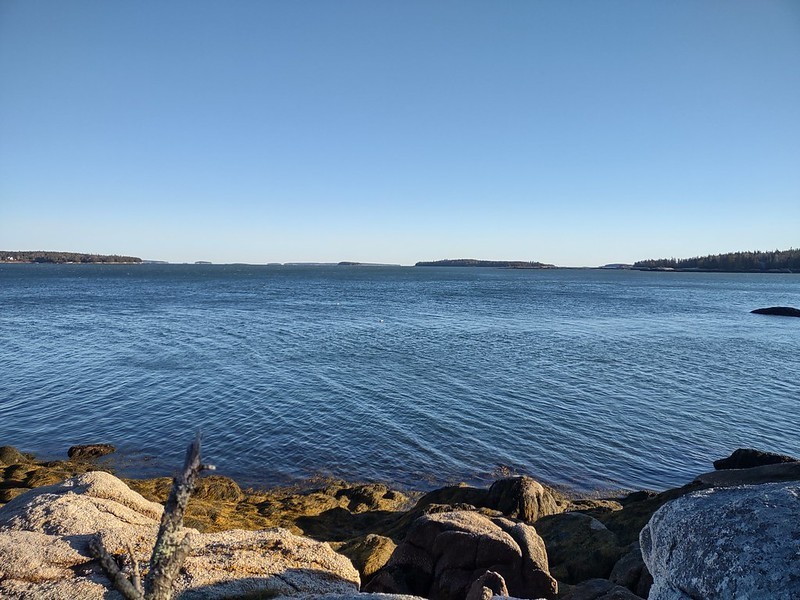 Looking out over a rocky shore to Jericho Bay, dotted with islands as far as you can see. 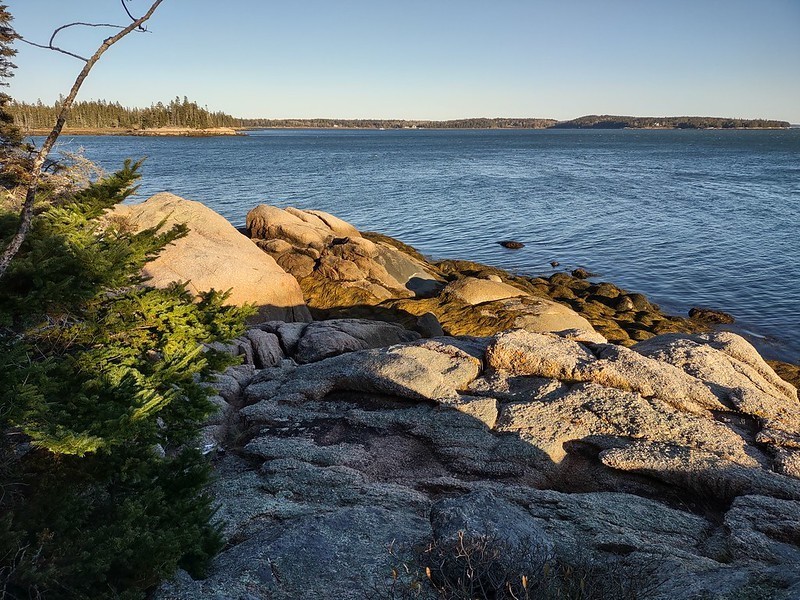 Looking down Pickering Cove across a sunlit rocky shore.

We should probably come back and check out the Southeast Harbor-side loop trail, and maybe the Pickering Cove short loop someday, but the days are really short around now, so we skipped them this time.