This recipe makes enough stuffing to stuff a good size turkey and still have plenty left to cook separately.

Melt one stick of butter in a large pan. Butter browns easily, so use a very low heat. 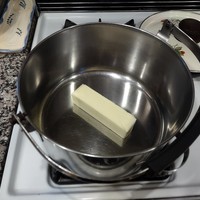 Chop up two medium onions and add to melting butter. 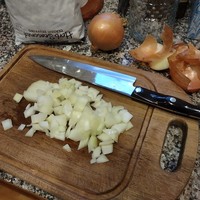 Chop 3-4 stalks of celery and add to butter and onions. 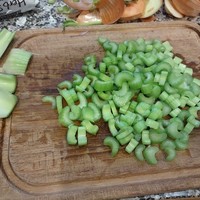 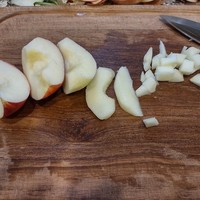 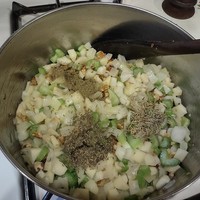 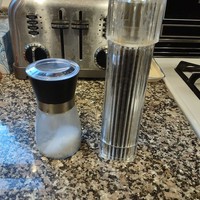 Lightly chop half a cup of shelled walnuts and add to the pot. 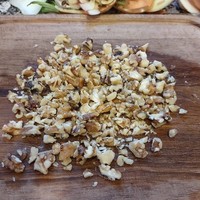 Add 1 cup of apple cider to the pot. 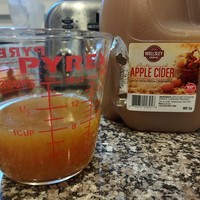 Bring to a boil and let it simmer gently until the onions are tender. 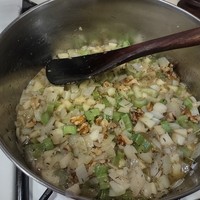 Turn off the heat and add about 1/3 of a 7 ounce bag of bread crumbs. 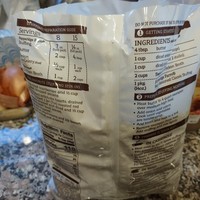 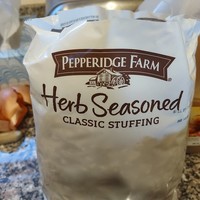 Lightly toss it in, add another 1/3 bag. Stir again, and then add the rest of the bread crumbs and toss the mixture lightly. Let it sit for a few minutes and toss lightly; repeat until the crumbs are equally softened. 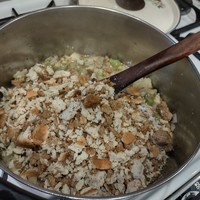 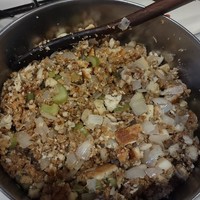 The stuffing is now ready to put into the turkey.

For the rest, lightly beat one egg into another cup of cider. Drizzle this into the stuffing, mixing frequently. If you are cooking the entire batch separately, you may need to add cider or water until the mixture is wet but not sopping.

Butter an oven-safe baking dish and put the stuffing in. Press it in only hard enough so that there are no voids. Cover the dish with a lid or tin foil.

Bake in a 325-350°F oven until the edges start to brown and pull away from the edges, usually 40 minutes or so. The internal temperature should be at least 165°F.
If you're using a deep dish, it may take longer, and you should use the lower temperature (325°F) so it doesn't get too dried out on the edges.