Our hop plants loved the early warm weather we had. By mid-April, the first sprouts were already six to eight inches tall. They say you can eat them like asparagas, but such sacrilege would not be tolerated here. 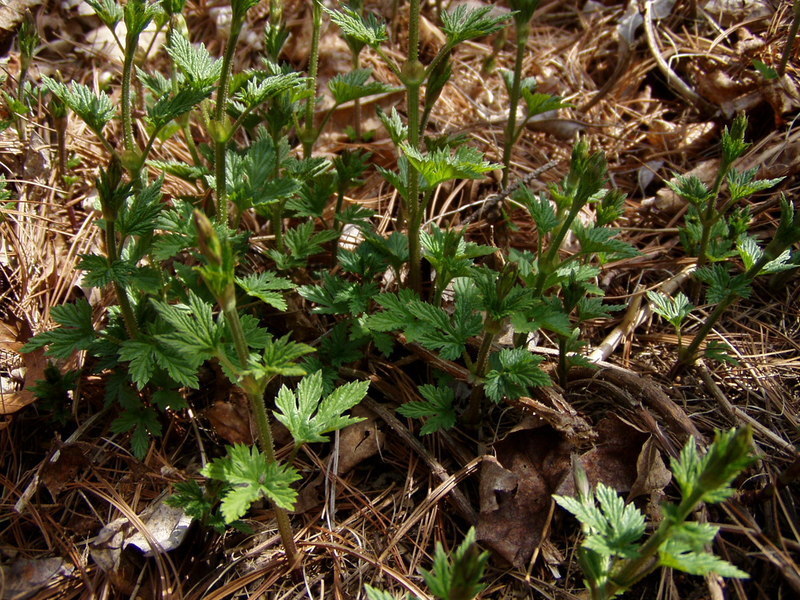 Just a few weeks later, the first plants are already about three feet tall. We had set up the tripods last week, before the weekend's torrential rain. They doubled in size in that time! Plenty of other bines are appearing and doing their best to catch up to the earlier ones. As they grow, they reach for something to grow on. When they do, they start growing in a spiral aorund it. They don't have tendrils to hold on with, like vines do, but they do have hard nubs to give them a little traction. 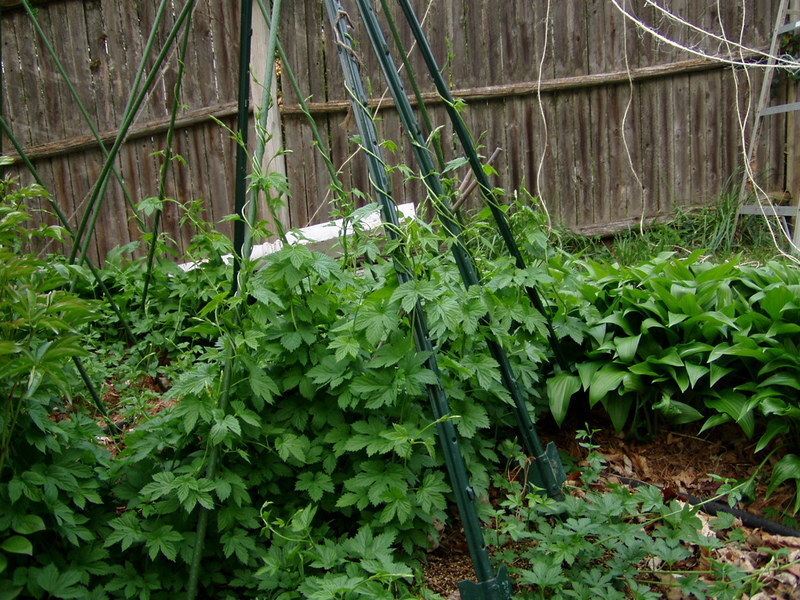 They grow very quickly once they start climbing. They'll reach beyond the tripods by next week, so we're now rigging a trellis with rope, twine, a two-by-four and an old flag pole, and a hub cap. This has been used succesfully before. Really! 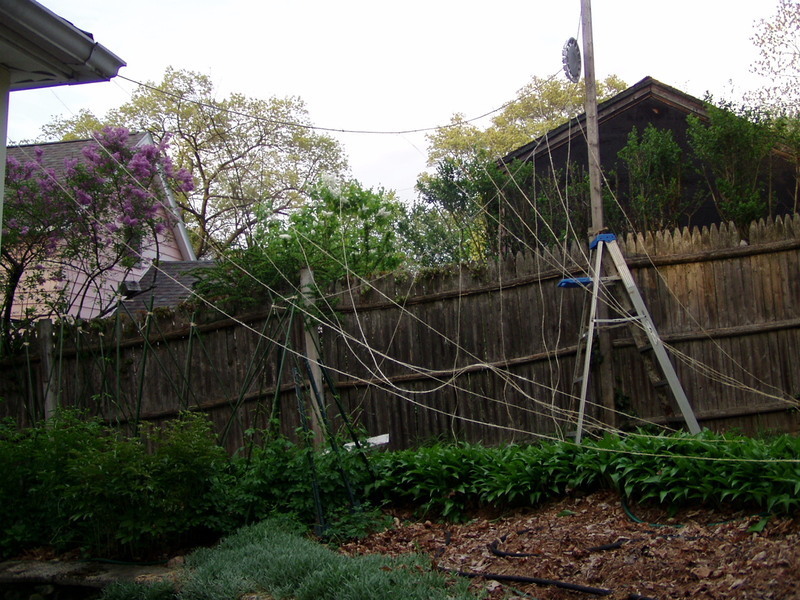 Once all the ropes are attached on the other side, to various bits of our house, we'll hoist the hub cap up the flag pole and pull it across, where the bits of twine tied to it and the ropes will dangle down in reach of the growing bines.